A DATE TO GO HOME FROM FEDERAL PRISON! 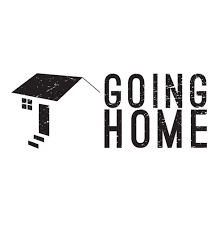 I finally received an exit date from Federal Prison Camp, November 16, 2017. It was not the date I was hoping for but at least I have a date. I am still working on obtaining an earlier date but I place little confidence in my ability to accomplish this goal. Now that I have my exit date, I am requesting a “Social Furlough” from my Counselor. A Social Furlough is a 4 or 5 day trip home (at prisoner expense) to enable the Prisoner to reestablish community ties, seek employment and/or educational opportunities, and simply prepare for release. I am optimistic that I will be awarded a Social Furlough as I meet all of the stated criteria, but that decision rests with someone else.

Lots of things going on in Pensacola over the last couple of weeks. A prisoner “walked away” from the Camp last weekend. He apparently left after 4:30 a.m. count on Sunday morning, but no one is really sure. We were all locked down (confined to our units) for most of the day after the staff determined that the Prisoner was missing after the 10:00 a.m. morning count.  The visiting room was shut down and all prisoners were sent back to their units. Visitors had to leave for the day. As you can imagine, there were many unhappy people. The Prisoner who walked away was an older gentlemen who had a significant amount of time left on his sentence. I guess He figured He would rather be “on the run” as opposed to dying in prison? The local television ran a story on the prisoner and mentioned that He was “not armed and not dangerous”.

We have a new “Pet” on the compound. A goose has moved on to the compound and apparently does not want to fly north for the summer. Our Pet is at the back of our dormitory each evening looking for food or simply sleeping right by the rear door. Of course, the prisoners are feeding it all kinds of food which I suspect is not very good for it’s health.

Two more guys got shipped to the SHU (Special Housing Unit”) this week. The first guy had an I-pad Tablet hidden in his bunk which was discovered during a routine inspection. The second guy actually worked with Me in the kitchen. He was apparently taking food out of the kitchen and selling it to other prisoners. He was caught with 66 pieces of chicken wrapped on his body in 33 separate packages which weighed over 30 pounds. He must have looked like the Michelin Man with all that chicken on his person.

I am simply trying to stay as busy as possible so time does not stand still.