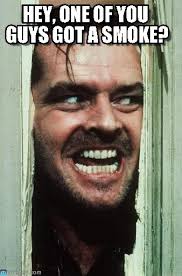 Well these are some interesting times in Federal Prison Camp!

Well, it is 2017, the year I exit Federal Prison. There is some sort of psychological euphoria associated with being able to say ” I get out of prison this year”. I still do not know the date of my departure but I hope to have it soon. (The wheels of justice turn slowly as far as prisoners are concerned!).

There has been a lot of activity at Pensacola Federal Prison Camp. Many new arrivals, and many departures. A gentleman I spent time with at Jesup arrived last week. He was an automobile dealer in Miami before he came to prison. It was nice to chat with him and I gave him a “tour” of his new institution. He has 3 years left to do.

On the departure side, 5 prisoners left over 2 days for common infractions, smoking and cell phones. One guy, (I will call him “James”) was an acquaintance. He was the orderly in our unit. It appears that James was just about to light up a cigarette in the bathroom when a corrections officer walked in.

He was caught red handed. His reaction to the situation? Run!

Where do you run to when you are in federal prison? James apparently ran back to his room and tried to ditch the cigarette and lighter on the way. The result? Three incident reports (shots) for 1. possession of cigarettes 2. possession of a lighter, and 3. ignoring an order to stop from a corrections officer. I suspect James will not be back as they packed out his locker and sent him to the SHU. To make matters worse, James had completed the residential drug program and had earned a year off his sentence. His sentence reduction is now in jeopardy based upon his incident reports. You have to love smoking to risk spending another year in federal prison for a cigarette? I am glad I went through the whole disciplinary process with Justin before I surrendered. Yesterday, another gentleman, (we will call him John) tried to leave prison the right way. It was his out date. He was dropped off at the bus station for his trip back to the Midwest. When his departure time arrived, he was denied access to the bus as his government purchased ticket was invalid. He was picked up and returned to prison camp and will try again tomorrow with a new bus ticket. John was pretty cool about the whole thing. He said he enjoyed his hour of freedom. I do not know if I would have been as calm as John was under the circumstances.

My bride plans to visit next month and I am excited. A visit pumps me up and helps me deal with the rigors of prison life.

I imagined that by now I would have learned to tolerate all the things that make prison life so tough. The fact of the matter is, I have not. I still find prison life just about as bad as the first day I walked through the front gate. I simply tell myself that this is all part of the punishment. It will make leaving here that much better.