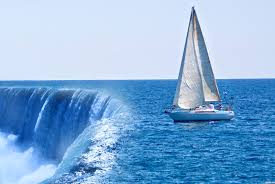 Pensacola Federal Prison Camp is always listed as one of the “better” federal prison camps for prisoners. The weather, the facilities and the staff were always alleged to be about as good as it gets for prison. Indeed, when I was originally scheduled to go directly to Pensacola Prison Camp (before my 18 month detour to Jesup), some former friends made jokes about me coming to Club Fed. (I know about that, Ed.)
I can assure you, from my preparations with my prison consultant, Justin Paperny and now from personal experience, that Pensacola Prison Camp is no Club Fed. Every day, over 300 prisoners leave the Camp to work at landscaping jobs at nearby military bases. Working a weed whacker for 6 hours in 90 degree heat and humidity is not an easy job. A number of prisoner conveniences’ at Pensacola Prison Camp have fallen by the wayside over the past several years. (I suspect that no one is losing sleep over this fact other than my fellow prisoners!)

In the past, prisoners could view second run movies at the base theater. It provided a quiet respite from the crowed and noisy television rooms. Now, the base theater has been closed.
The Camp’s tennis courts have also been closed. I assume the staff thought it was inappropriate for prisoners to participate in “country club” sports such as tennis? Racquetball is still played on the handball courts.
Recently, the weight pile was closed. No one knows if the closing is temporary or permanent this time. The weight pile is usually flooded with prisoners on a daily basis and it enables prisoners to stay fit and burn off the stress associated with incarceration. I go to the weight pile 3-4 times a week, and I can confirm it’s therapeutic effect. Apparently, the weight pile was closed because a prisoner was allegedly smuggling in weightlifting supplements like protein drinks. It is unfortunate that the acts of a couple of prisoners can cause repercussions to hundreds of others. It is kind of like grade school where the teacher punishes the whole class for the misconduct of one student. I assume the theory underpinning such actions is the class will put pressure on the misbehaving student. Unfortunately, that assumption does not hold water in federal prison. Most prisoners mind their own business. “Hear no evil, See no evil, and Speak no evil”. Prisoners who involve themselves in other prisoner’s business tend to suffer unpleasant consequences.
The staff at Pensacola has also placed a hold on transfers claiming they need to reach 700 prisoners before transfers can resume. This has angered many prisoners who want to transfer to a facility closer to their homes. Pensacola Prison Camp is becoming the Hotel California. ” You can check out any time you want, but you can never leave” .
Other issues include repeated complaints about the amount of halfway house time be awarded to prisoners. It would appear that there is a concerted effort to limit the amount of halfway house time awarded to prisoners. This, of course, makes for unhappy campers!

Mass discipline is regularly being employed by the staff.

As I write this blog, the televisions have been shut off for 2 days, allegedly because one prisoner had a “fire stick” that allowed prisoners to watch unauthorized movies late in the evening.
Many prisoners (including Me) request to be placed or transferred to Pensacola Federal Prison Camp based upon it’s prior reputation. Lately, that reputation has been tarnished.
Ken Flaska