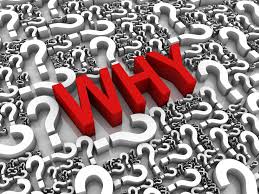 On New Year’s Eve I filmed a video about the uselessness of New Year’s goals in prison.

Further, I mentioned that I had yelled at a defendant who called me. That defendant, a lawyer who plead guilty to bank and mail fraud, is surrendering to federal prison tomorrow for 72 months. Yesterday this defendant and I had an opportunity to spend some time together. We visited for several hours and began to lay out a plan for his time in federal prison.

Naturally, I will not get into all the details of our meeting, but I will share one question he asked that I think might help my readers.

“Why do people fail in prison?” he asked over coffee at Coffee Bean in Calabasas. Before answering that question I had to remind him that my definition of failure differs from others. And my expertise lies in white collar crime, and offering advice to white collar defendants who are immersed in the criminal justice system. My answer comes from that perspective.

My time in federal prison, together with my time as a federal prison consultant, has taught me that white collar defendants fail in prison because they never identify what they truly want. They fail to invest the time to identify exactly what they are after. In another words, they spend too many of their days walking around aimlessly or without any real direction.

A valuable concept any defendant must embrace is reverse engineering. If you plan for the future and identify a specific goal that you are after, you can then put in a defined measurable plan to get there.

When I began writing Lessons From Prison I knew that I wanted the book to be around 50,000 words. I did not try to tackle 50,000 words in one day or one week. I knew I wanted to hold the book before I was released from Taft Federal Prison Camp on May 20, 2009. On Thanksgiving in 2008, I begin to implement my plan by writing several pages a day. I had a clearly defined date: I could reverse engineer my way to the writing of the book. Indeed, I held the book one week before I was released from federal prison.

By clearly identifying what I was after, I was able to hold myself accountable. I’ve learned that if a defendant does not clearly identify what he/she is after, the days sort of pass without any real progress. They will fail.

Seven Habits of Highly Effective People influenced me. The second habit is called “begin with an end in mind.” It’s possibly the best piece of advice I’ve ever received.

If we do not have an end game in mind, we will never know if we are on track. Defendants fail when they jump from idea to idea without a real purpose. Then because they have not identified what there after, they often stop when they are faced with bad news, criticism or rejection. In sum, they fail.

Myriad men in prison have good ideas, but they don’t have a forward thinking strategy to make it through. Instead, they succumb to limiting believes like “I don’t have enough money,” no one will really like this,” it’s just too hard, I’ll work on it when I get home, “I’ll start tomorrow” and more.

So my advice to my client that I met with yesterday and you is simple: failure in federal prison is a certainty if your days are not spent with a plan and if you find yourself meandering around the compound unsure what your next move should be. Lay out that five and 10 year plan then reverse engineer your way to success, as I did.

P.S. If you have interest in serving the shortest sentence, I would check out our sentencing narratives.