Inside the Minds of White Collar Criminals 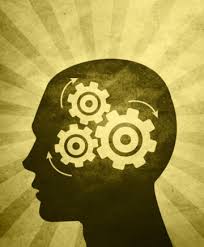 Inside the Minds of White Collar Criminals

What motivates a white collar felon to commit a crime? Good question, and one that Harvard Business School professor Eugene Soltes sets out to explore in his just published book, Why They Do It.

Take a listen to this Market Watch interview with Professor Soltes. Where do you think you fit in? Do you admit your guilt? Do you feel remorse? Was your crime committed for financial gain or for other reasons, such as a desire for achievement or company culture or reputation? Did access lead to temptation? Inside The Minds Of White Collar Criminals

The professor raises an intriguing point regarding the Wells Fargo scandal, in which there were over 5000 employees committing potentially illegal acts. Were they all bad people, he asks? No, it was the workplace culture and perverse incentives that led to the problem.

I have to admit that when I first heard of Professor Soltes’ work on the topic I was sceptical. Much of the public discussion on white collar crime has been simplistic and demonizing – “bad person”, “amoral”, “dishonest”, “greedy”, “heartless”…..the list of adjectives go on.

As a member of the “white collar club”, the discussion in the press often seems to me to be perpetuating a stereotype or just plain wrong. There are probably as many real reasons for committing a white collar crime as there are white collar criminals.

But Professor Soltes book changed my mind, at least somewhat. Yes, he does generalize. Yes, he does try to silo us into certain categories. But he moves into nuance beyond the black and white, bad versus good, stereotypes so often found in the press and the public imagination.

Professor Soltes discusses the access that many white collar executives have that then leads to temptation and backs up his conclusions with extensive interviews with the likes of Bernie Madoff, Tyco’s Dennis Kozlowski, and Enron CEO Jeffrey Skilling. He also delves into the whole idea of empathy and remorse, and how many WCC’s don’t feel remorse for their victims not because they are bad people but because the definition of “victim”, he says, is “arbitrary”.

One interesting point he makes is that white collar criminals do not differ much in terms of personality characteristics from successful non-criminal executives. Another is that the white collar club is almost exclusively male – an issue that he says needs further research to explain.

As for me, well, I knew my victim personally, which sets me apart from the norm and into the Madoff camp (ugh). But I managed to overcome my guilt and morality by demonizing my victim (which, in his case, was relatively easy to do). And, unlike Madoff, I did, and do, feel remorse for my actions and do not deny the severity or impact of them. I also believe that a workplace culture of corruption also corroded my sense of right and wrong over time. And, unlike many, I freely admit my guilt, which I believe to be a key part of accepting prison and moving beyond my crime.

In the end, I’m glad this book came out since serious academic works on white collar crime that go beyond the headlines are so few and far between. Maybe, eventually, some of them will influence lawmakers and journalists to look beyond the simplistic black and white to the many shades of gray.